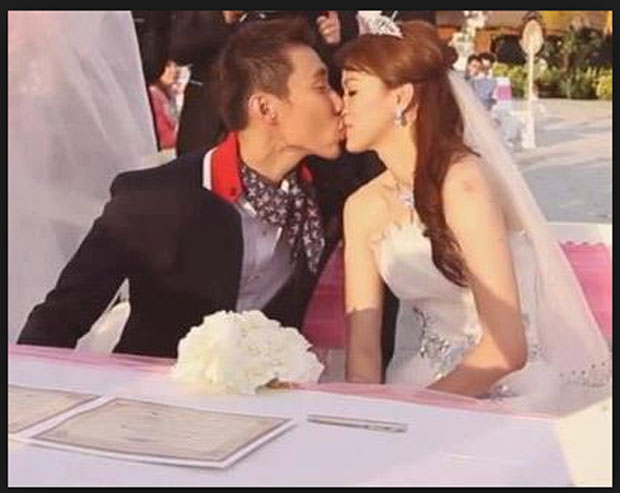 Kuala Lumpur: Realizing Lee Chong Wei needed more ranking points in order to qualify for the 2016 Olympic Games in Rio, and knowing Lee Chong Wei would want to be at her side for the birth of their second child; To find common ground on the issue, Lee Chong Wei’s wife, Wong Mew Choo has decided to give birth to their second child via C-section. This arrangement would allow Lee Chong Wei to participate in the Chinese Taipei Open that will be held from July 14, 2015 to July 19, 2015. Lee had previously planned to skip the Chinese Taipei open because they’re expecting a baby boy somewhere between July 15 and July 17.

Lee Chong Wei has confirmed that his second child will be born through a scheduled C-section on the 11th of this month.

“Baby’s estimated due date was set between July 15 and July 17, and Mew Choo knew I wanted so much to compete in the Olympic Games, therefore, she has decided to undergo a C-section this Saturday, so that I could refocus heading into the Chinese Taipei Open and could secure more vital points for Olympic qualification,” said Chong Wei.

The Malaysian team will depart for Taipei on Sunday morning, but Lee Chong Wei has postponed his flight so he could spend more time with his wife and family before flying to Taipei.

“I’ll be leaving for Taipei two days after my child is born. Not everybody get that opportunity to play in four consecutive Olympics, I greatly appreciate the sacrifices Mew Choo made to help me fulfil my dream of competing in Rio,” added Chong Wei.

Lee Chong Wei will play Kim Dong Hoon of Korea in 1st round of Chinese Taipei Open, he will most likely to clash with Tommy Sugiarto of Indonesia in the second round. If everything goes well, he will face either Wang Zengming of China or Sho Sasaki of Japan in 3rd round, and could set up a possible blockbuster quarter-final against No.1 seed Chen Long of China. 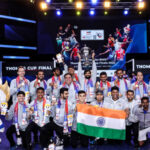 2022 Thomas and Uber Cup Finals Vincent Liew - May 15, 2022
0
Bangkok: Coming to the 2022 Thomas Cup Finals as underdogs, the Indian men's shuttlers proved they were the dark horses who have the capability... 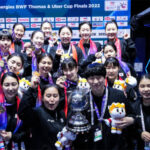 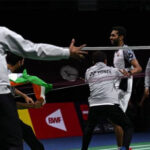 2022 Thomas and Uber Cup Finals Vincent Liew - May 13, 2022
0
Bangkok: The Indian shuttlers were in disbelief momentarily before storming the court to celebrate after World No. 23 HS Prannoy beat World No. 13...