Tokyo: Malaysia’s World No. 2 Paralympics badminton player in SU5 category (impairments in the upper limbs), Cheah Liek Hou, said he was struggling a little bit in his second Group B match on Thursday, but was able to confirm a semi-final spot of the Tokyo 2020 Paralympic Games.

The six-time world champion sealed his second victory in Group B of the SU5 category by beating Taiwan’s Fang Jen-yu 21-13, 21-9 at the Yoyogi National Stadium.

The Taiwanese managed to give Cheah a strong challenge on Thursday. After Cheah led at 11-7 in the first game, Fang took the lead at 14-12. Fortunately, Cheah picked up the pace and took the first game 21-13 in 13 minutes.

Cheah got off to a slow start in the second game, trailing behind 0-3, 3-5 before overtaking the Taiwanese and finally won the second set 21-9 in 14 minutes.

“Because I won the first group match too easily, I could feel the pressure of the Paralympic games in today’s match over Fang Jen-yu,” said Cheah.

Cheah said that judging from the performance of all the players, everyone seemed to be well prepared and he would need to stay focused as the tournament progressed.

Although there is still one group stage match left for Cheah against Japan’s Taiyo Imai on Friday, he has qualified for the last four after winning the first two matches.

The 33-year-old, however, said he still needed to play well in the group’s final action against Imai so that he could emerge as the group champion.

Meanwhile, the challenge of another Malaysian player in the SH6 category (athletes who have achondroplasia and short stature), Didin Taresoh ended after losing in the group stage matches.

Taresoh, who was also a former 2015 world champion, lost the first match at the hands of world number two from India, Krishna Nagar 20-22, 10-21 before he decided to withdraw in the second set against Brazilian Vitor Tavares. 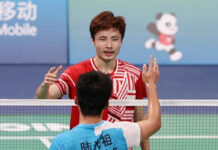 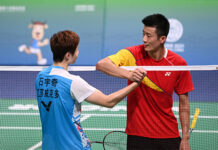 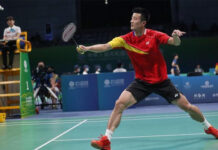 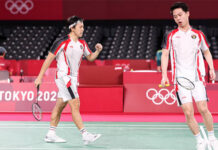 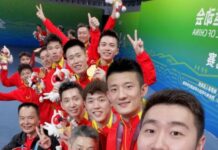 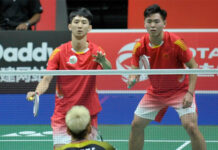 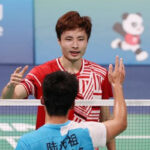 Badminton News Vincent Liew - September 17, 2021
0
Beijing: It's been slightly more than a year since Lin Dan announced his retirement from professional badminton on July 4, 2020. Although Chen Long managed... 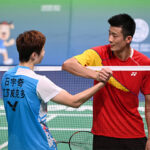 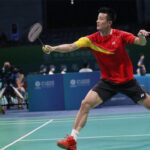 Badminton at the 2020 Tokyo Paralympics: Dheva Anrimusthi Advances to Semi-finals

Dheva Anrimusthi to Meet Suryo Nugroho In the 2020 Tokyo Paralympics...