Wuhan: One year after defeating Chen Long at the 2016 Badminton Asia Championships final with a three-set victory, World No. 1 Lee Chong Wei of Malaysia started his title defence in a commanding fashion by overcoming Japanese player Kazumasa Sakai of Japan 21-19, 21-11 in 41 minutes at the Wuhan Sports Center Gymnasium in China on Wednesday.

The 34-year-old No. 1 seed Malaysian will play another Japanese player Kenta Nishimoto in the second round on Thursday after the unheralded Japanese shocked the more experienced Tommy Sugiarto of Indonesia 21-14, 21-9 in another first round match.

Former Malaysian national player Chong Wei Feng however had to dig deep to progress to the men’s singles second round with a three-set win over Lin Yu Hsien of Taiwan 16-21, 21-14, 21-13. Chong will meet No. 8 seed Angus Ng Ka Long Angus of Hong Kong on Thursday.

Chen Long and Lin Dan both got off to strong start on Wednesday by beating their respective opponents. Chen will meet Takuma Ueda of Japan next while Lin Dan will face Japanese Kanta Tsuneyama in the second round.

In men’s doubles, both No. 2 seeds Goh V Shem/Tan Wee Kiong and unseeded Ong Yew Sin/Teo Ee Yi of Malaysia have advanced to the second round.

Although Goh/Tan managed to overcome Taiwanese pair Liao Kun Hao/Lu Chia Pin in the first round, however, their forms were particularly worrisome as they needed 45 minutes to battle past the Taiwanese pair 21-15, 13-21, 21-14. Goh/Tan are slated to meet Huang Kaixiang/Wang Yilyu of China on Thursday.

On the contrary, Ong Yew Sin/Teo Ee Yi were barely troubled by Sri Lankan qualifiers Sachin Dias/Buwenaka Goonathileka, winning their opener 21-12, 21-13. Ong/Teo face a daunting task in the second round when they will take on No. 6 seeds Li Junhui/Liu Yuchen of China on Thursday. 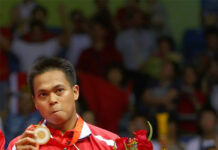 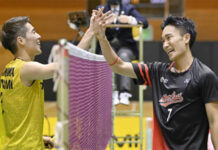 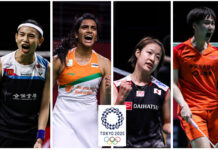 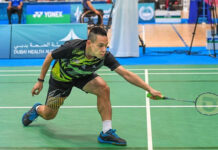 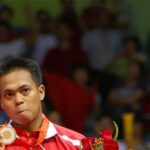 2020 Tokyo Olympics Fiona Liu - June 14, 2021
0
Tokyo: The Nippon Badminton Association - the national governing body for the sport of badminton in Japan, has set its sights on winning three...