WORLD No 1 Lee Chong Wei snatched victory from the jaws of defeat when he edged Chen Jin of China in the Hong Kong Open badminton championships to reach the final at Queen Elizabeth Stadium yesterday.

It was also a fine day for Malaysia as veteran doubles pair Choong Tan Fook-Lee Wan Wah reached the final after beating World No 2 Cai Yun-Fu Haifeng of China 8-21, 21-19, 22-20.

Chong Wei had made an eleventh hour decision to compete in the Hong Kong Open after losing in the second round of the Korea Open last week in order to be in the top two of the world rankings.

It is important for Chong Wei to remain in the the top two so that he can avoid meeting Lin Dan of China, the World No 2, until the final of the World Championships in Madrid on Sept 18-24.

The move has paid off as Chong Wei reached his sixth final of the year. He also resumes his intense rivalry with Lin Dan today. Lin Dan was also forced to work hard for his 16-21, 23-21, 21-12 win over Kenneth Jonassen of Denmark.

Chong Wei knew he was in a for a hard time as he started the match lethargically and did not show much urgency against Chen Jin in the first game.

He stretched the lead to 18-14 and thats when Chong Wei late surge started.

Chong Wei raced to 19-18 and forced the decider after conceding another point for a 21-19 lead.

It was neck-and-neck in the third game but a settled Chong Wei never allowed Chen Jin much breathing space.

However, Chong Wei remained calm, saved match point twice before securing his place in the final with a 24-22 win.

Chong Wei punched the air and celebrated his victory but it might not be the same when he plays Lin Dan today. They have met four times with Lin Dan winning thrice. Chong Weis solitary victory was achieved in the Malaysia Open final in Kuching in June.

The fact that Chong Wei has not beaten Lin Dan outside Malaysia could make his task difficult.

Tan Fook-Wan Wah, who are also eyeing the World title in Madrid, will meet Indonesians Markis Kido-Hendra Setiawan in the final today. Markis-Hendra made the final after beating Chinas Xu Chen-Guo Zhendong 17-21, 21-13, 21-12. 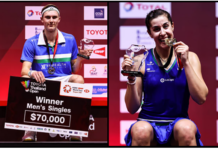 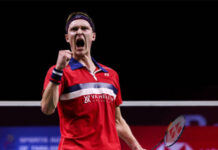 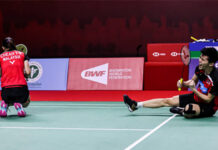 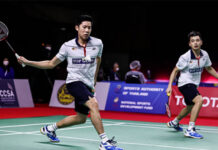 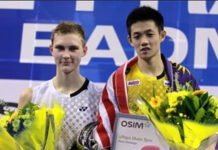 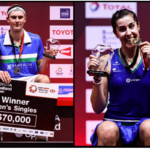 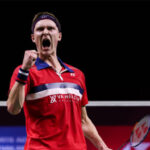 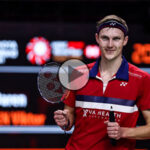