Brno: The 2017 Li-Ning Czech Open concluded on Saturday in Brno, Czech Republic as Kento Momota of Japan underlined his reemergence as a powerful player in badminton by picking up the Czech Open men’s singles title, his second title in two weeks.

After winning the Yonex Belgian International tournament two weeks ago by beating Hong Kong’s Lee Cheuk Yiu, the former world number two Momota has made a slow and steady climb back to the top of world ranking when the Japanese star prevailed against Thomas Rouxel of France 21-8, 21-14 in the Czech Open final on Saturday.

In the semi-final that started earlier Saturday, Momota needed only 25 minutes to outlast No. 8 seed Lee Zii Jia of Malaysia 21-8, 21-10.

Unseeded Neslihan Yigit of Turkey demonstrated her mental and physical toughness when she battled through a three-set thriller, fighting back from a set down to beat No. 7 seed Delphine Lansac 21-11, 19-21, 21-8.

Milosz Bochat/Adam Cwalina of Poland appeared to catch No. 1 seeds Peter Briggs/Tom Wolfenden from England off guard with their early aggression, upsetting the top seeds 21-10, 21-17 in 30 minutes to claim the men’s doubles title. 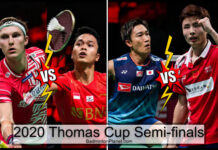 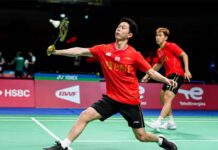 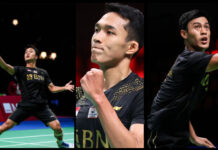 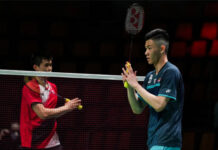 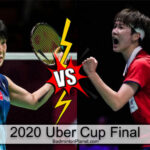 2020 Thomas Cup and Uber Cup Finals Kevin Zhang - October 15, 2021
0
Aarhus: The Uber Cup reigning champions - Japan recovered from being one match down to beat Korea 3-1 in the Uber Cup semi-finals on... 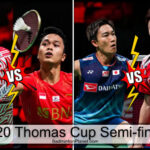 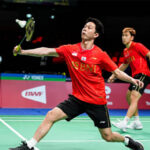 Shi Yuqi seals Sudirman Cup for China, 3-0, with win over...