Lee who skipped the 2014 Glasgow Commonwealth Games, had won the men’s singles and mixed team golds in Melbourne in 2006, then defended both titles in the 2010 Delhi edition.

Before competition begins on Thursday, the 35-year-old former World No. 1 has confirmed that this will be his last Commonwealth Games. Lee is no stranger to the Carrara Sports and Leisure Centre, he and the Malaysian team competed in the same venue during the 2017 Sudirman Cup. If Lee could win both the men’s singles and mixed team gold this year, he would be Malaysia’s most successful athlete ever to compete at the Commonwealth Games.

“I am happy to compete in my third Commonwealth Games, in Australia. Of course, I am feeling the pressure as well. I am going to play my best and hoping to win two gold medals for Malaysia, one in the mixed team event and another one in the individual event,” said Lee.

“Gold Coast is a very nice city, and I like it a lot and will try to enjoy the city in the next two weeks.” added Lee.

With the recent rise of India’s men’s singles players, Lee admitted it’s going to be tough for him to win the individual event.

“India has several talented players such as HS Prannoy and Kidambi Srikanth, these two players are going to be strong contenders for the gold medal as well,” added Lee.

Meanwhile, Lee also urged badminton fans in Australia to attend the badminton matches and support all the teams that compete at the Commonwealth Games.

“I really hope the fans can come and enjoy all the good badminton matches.”

The group stage of the mixed team badminton competition will run from April 5 to April 6, with the knockout stage taking place from April 7 to April 9. 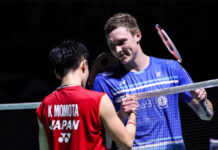 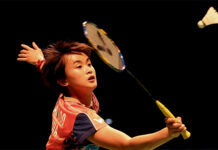 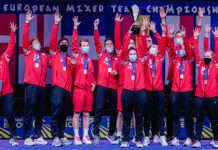 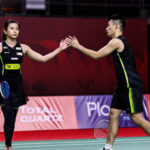