Kuala Lumpur: The president of Badminton Association of Malaysia (BAM), Mohamad Norza Zakaria said that the badminton legend Lee Chong Wei will hold a special press conference this Thursday, November 8, at the BAM headquarters in Kuala Lumpur to announce the next step in his badminton career.

Norza revealed that Lee is recovering well after three months of treatment for his early-stage nose cancer. However, he would let Lee to tell the public himself about his future plans.

“Chong Wei will hold a comprehensive press conference with the media on Thursday,” said Zakaria.

“If he chooses to continue playing, we will give him our full support.”

“Chong Wei is our hero, both on the court and off the court. He has never given up during the ups and downs of his career, he is a role model for young people,” added Zakaria.

Lee was diagnosed with respiratory disease in July this year. He was forced to withdraw from the Nanjing World Championships and the Jakarta Asian Games, and went to Taiwan for medical treatment.

On September 22nd, someone posted a message on Facebook saying Lee was diagnosed with third stage nose-cancer and that’s the reason why he went to Taiwan for treatment. BAM was forced to issue a statement the next day to denounce the social media post but at the same time it also confirmed that Lee had an early-stage nose cancer.

Lee had completed his treatment successfully and returned to Malaysia on October 7th. 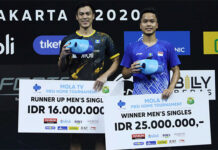 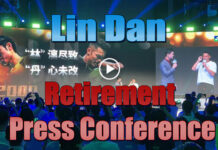 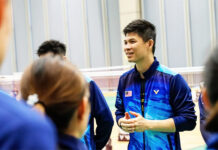 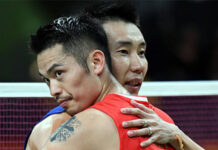 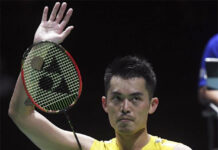 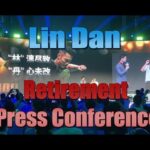 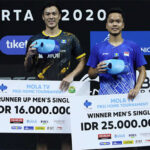 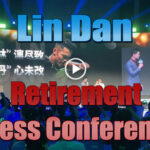 Badminton News Vincent Liew - July 10, 2020
0
Shanghai: In his first public appearance since Lin Dan shocked the badminton world with the announcement of retirement on July 4th, 2020, he was...

BAM, it’s time to put together a stronger team around Chong...

Lee Chong Wei is back! (video)