Kuala Lumpur: BadmintonPlanet has received a lot of questions about why did Aaron Chia/Soh Wooi Yik fall short in the biggest game of their career – the All England final, especially playing against Mohammad Ahsan and Hendra Setiawan who injured his right calf muscle in the semi-finals.

Here’s my response to all those questions: “Yes, they lost, it’s not end of the world, not really a big deal! They are still young, I’m sure they will bounce back stronger because failure is where growth and learning flourish.”

Watching how Chia/Soh played in the All England final, they were struggling to play like the first set and matches prior to the final. They were really tight near the end of second game and the decider, I was wondering if they ever asked themselves the following questions during the match:

“Why didn’t I move my feet? What is wrong with me?”

“I can’t believe I couldn’t return that shot from Hendra Setiawan. How did I miss that?”

“Damn, we are behind by a lot there’s no way we can get back in this match.”

When the strong Indonesian pair was pushing hard in the final, Chia/Soh’s self-confidence seemed to have collapsed because of immediate errors.

At higher levels of the game, some badminton players always having trouble closing out matches or feel like their opponents are controlling them, who they just can’t seem to beat even though they have a better game than their opponents. This is usually caused by lack of fitness, lack of mental toughness, lack of skill or lack of good game plan. Chia/Soh definitely have the fitness and skills needed to do well in the All England final, but they lacked mental toughness and good game plan, and that come from experience and the support from their coaching and mentoring team.

Lastly, let’s give these two young players a huge round of applause, and hope they could accept this as an integral part of learning and improving. Developing the right attitude toward failures and mistakes is the foundation for strengthening mental toughness in badminton. 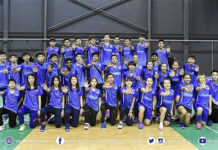 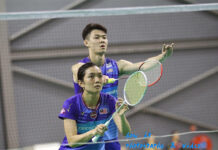 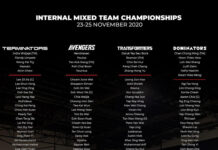 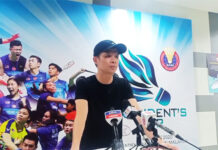 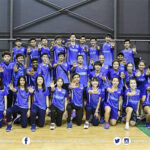 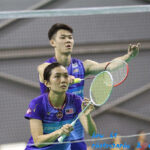 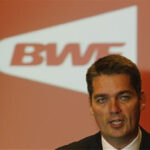 2019 All England 2nd round: Mathias Boe/Carsten Mogensen vs. Takeshi Kamura/Keigo...