Home 2019 India Open Viktor Axelsen takes fresh swipe at BWF over so many players getting...

New Delhi: Former World No. 1 Viktor Axelsen of Denmark took aim at the Badminton World Federation (BWF) for failing to protect players’ health by mandating world’s top 15 players in the singles events and top 10 pairs in the doubles disciplines to play a minimum of 12 out of 15 tournaments of the World Tour Series or face a penalty.

Recent rise in injuries among the best men’s and women’s players has shown the terrible toll badminton can take on top players who play too much.

Just last week, two of the World’s top 15 players, including World No. 6 Korea’s top men’s singles player Son Wan Ho ruptured his left Achilles tendon last Saturday, which may require 6 to 9 month for recovery; while World No. 14 Angus Ng Ka Long suffered a knee injury when playing against Taiwan in the Asia mixed team championships last Friday. Due to the injury, Ng was forced to withdraw from the India and Malaysia Open.

In women’s singles, World No. 1 women’s singles player Tai Tzu Ying had to retired in last year’s Hong Kong Open semi-final due to a back and wrist injury, while World No. 7 He Bingjiao was rolled out of the court in the quarter-final of same tournament due to sprain ankle.

Earlier this year, China’s World No. 16 Gao Fangjie also ruptured her left Achilles tendon, and would need about 10 to 12 months to fully recovered.

Meanwhile, Spain’s Olympic champion Carolina Marin had sustained a ruptured knee ligament during the 2019 Indonesia Masters final against India’s Saina Nehwal. She is expected to remain sidelined for at least six months.

All these injuries highlighted the cost athletes have to pay for high-intensity badminton and the packed schedule.

“Many injuries atm.. let’s hope we are not ‘forced’ to play more tournaments in the future 👀” Viktor Axelsen wrote on Twitter last Sunday.

Many injuries atm.. let’s hope we are not ‘forced’ to play more tournaments in the future 👀

In reality, this year would be even tougher for players because it is an Olympics qualification year. It remains to be seen whether top players will suffer more injuries or they would start changing their playing style and cutting back schedules to avoid the grind on their body. 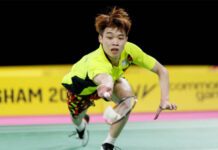 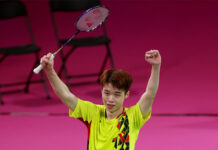 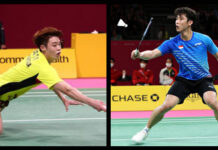 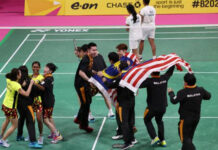 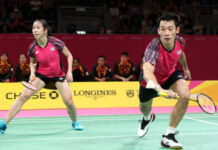 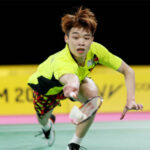