Bali: Both men’s singles World No. 2 Kento Momota of Japan and World No. 10 Rasmus Gemke from Denmark has withdrawn from the 2021 BWF World Tour Finals, which just kicked off day one of the tournament on Wednesday.

Momota withdrew during the first Group A match against Lakshya Sen of India when the score was 1-1. The Japanese player said that his withdrawal was due to a back injury.

“My back was very sore, it has been like this since this morning. I actually picked up that injury during the French Open,” said Momota in Nusa Dua on Wednesday.

Momota started experiencing the back problem early in the second game of the French Open semi-finals against World No. 11 Kanta Tsuneyama. He called for a medical time-out when he was trailing 3-6 in the second game. He then decided to take the big hit of losing all rankings points accumulated at the 2021 French Open to retire from the match just right before the start of the third set with the score of 26-24, 11-21.

The Regulation 4.4 of the World Ranking System Appendix to the BWF Statutes, Section 5.3.3.1 stated that:

The injury had caused Momota unable to rotate his body to perform certain powerful smashing.

“It hurts so much that I couldn’t even look back when I hit a backhand shot. I just couldn’t turn my waist,” said Momota.

Momota told the media that he would be undergoing a rehabilitation process so that he could recover quickly and could start training to prepare for the World Championship that will take place from 12 to 19 December 2021 at Palacio de los Deportes Carolina Marín in Huelva, Spain.

“I am not going back to Japan. I will go straight to Spain for the World Championship from Bali. I don’t know if I can fully recover or not, but I will try my best,” explained Momota.

Meanwhile, Gemke was also retired in the first Group A match after trailing 1-5 against compatriot Viktor Axelsen, who overtook Momota as the new world number one.

However, there has been no official statement from Gemke which provides the main reason for his withdrawal.

The withdrawal of these two badminton players saw Lakshya Sen and Viktor Axelsen automatically qualify for the semi-finals.

Based on the World Tour Finals rules, players who withdrew from the group stage will not be allowed to continue the tournament.

“First of all, I’m grateful to be able to win even though the scores were very close, but I’m very happy to be to win against them,” said Gideon after the match.

Sukamuljo/Gideon will take on Satwiksairaj Rankireddy/Chirag Shetty of India on Thursday. 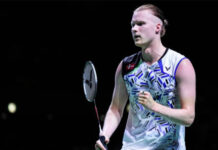 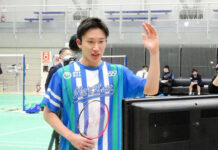 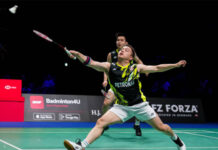 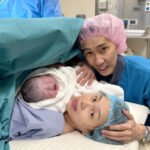 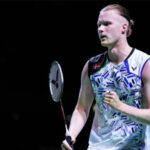 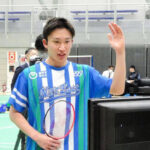 Kento Momota breaks down with tears of joy after successful comeback...