Home Badminton News Lin Dan to get new tattoo if he wins gold in Rio... 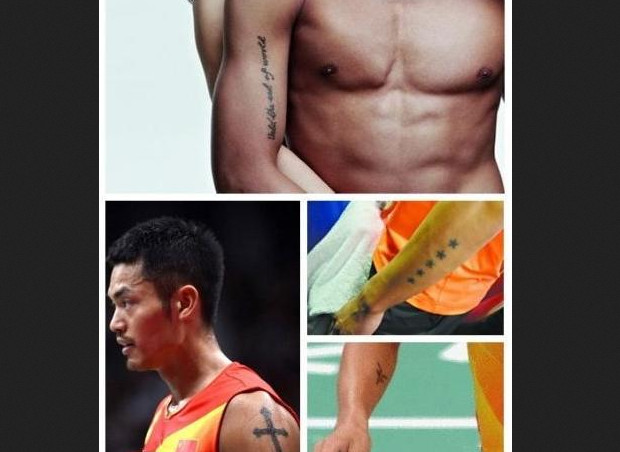 With 2015 slated to be a testing year, the incredible player talks about his comeback, Indian badminton, and Olympic dreams

Five-time world champion, five-time All England champion and the first men’s singles player to win back-to-back Olympic gold in badminton, Lin Dan is without argument the greatest badminton player of his generation, perhaps of all time. When he defended his Olympic title at the London 2012 games, and then married long-time partner and former women’s world champion badminton player Xie Xingfang, many thought it would be the last time “Super Dan” would take to the court.

Yet, despite winning every major title in badminton twice over, the 31-year-old is still hungry for more, and forging a comeback. Last year, after almost seven months off from the game, Lin returned to win the China Masters in April, the Badminton Asia Championships, and the Asian Games, before being denied a wild card entry to defend his world championship title. Lin is still nowhere near his usual invincible form. 2015 remains very much a testing year, one which will decide whether he can reach those heights again—with the Badminton Asia Championships starting from 21 April, and the year’s roster of Superseries and Superseries Premier events, as well as December’s Superseries Finals. He spoke about his comeback in an email interview.

You have played and beaten every one of the greatest players of your generation—Lee Chong Wei, Chen Long. Who has been your fiercest competitor?

If you play a match, then you got to give it all to beat the opponent; there is nothing like playing against a great or a non-great player. I treat them all as opponents and aim to beat them. I have never considered any player as my competitor, each one of them is good and talented and my job is to beat them.

It is difficult to single out any one player as I aim to give my best against every single player that I have played so far against. I have admired Taufik Hidayat for being exceptionally talented and Hendrawan for being a great player only because of his hard work and dedication. I have always looked up to them as players.

Chen Long is a generation younger but he is doing well.

After winning every major title possible in the game, how do you continue to drive yourself to play at this level, and how long do you think you will continue playing?

There is no dearth of motivation! Motivation to play better than before. What I have achieved is all in the past and today is a new day. I cannot be satisfied with what I have achieved in life. I am training hard to keep fit and give my best for the Rio Olympics (2016). I will give my best shot at winning the gold for the third time. I am playing now and not thinking of retiring, though after the Rio Olympics I will call it a day.

At the 2014 Yonex-Sunrise India Open Superseries, you lost to Kidambi Srikanth. Is that a sign of just how well India are doing in badminton?

Srikanth is the most complete player I have seen so far. He is talented and has all the shots that one can imagine. Consecutive wins have made him confident too. He, though, needs to perform with the same intensity and at the same level for the national team consistently.

Undoubtedly, India are doing well. Their players, both in the men’s and women’s teams, are in the top 10 and that is a great sign. And now you have the World No.1 in women from India and that is great for world badminton.

I can’t comment on what they have been doing right but Asia in general has a great talent pool compared to Europeans, and that is why there is a surge of talented and young players emerging from Asia. The Chinese counterparts, on the other hand, with the 21-game format, according to my personal opinion, are facing problems.

Do Xie Xingfang and you talk a lot about badminton at home, or do you keep that out of your daily life altogether?

My schedule is so hectic that whatever time I get to be at home is spent well with my family and my wife. I love to eat Chinese and watch Doraemon cartoons. My football skills are pretty good too! I play a quick game with friends when I am home. Barcelona, (Lionel) Messi and (Cristiano) Ronaldo are my favourites.

You have five tattoos; your Olympic wins, your wife’s name, your initials, one dedicated to your grandmother…plans to get any more?

Ha ha ha…not yet, but tattoos are like wearing earrings. So you never get bored of having them! Well the next one is surely coming if I win the Olympic gold in Rio. 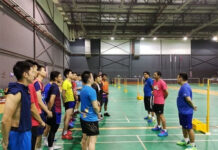 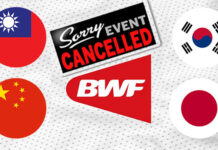 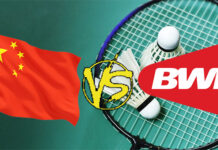 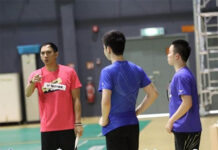 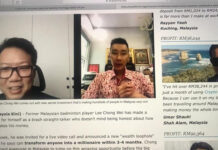 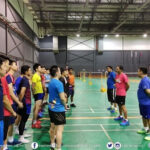 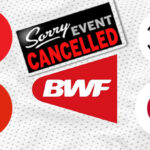 Badminton News Vincent Liew - July 30, 2020
0
Taipei: The 2020 Chinese Taipei Open which was scheduled to take place in Taipei from September 1st to September 16th, was the latest casualty... 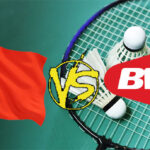