Copenhagen: Denmark’s Anders Antonsen followed in Viktor Axelsen’s footsteps and set up his own training center and his own team of experts (coach, physio, strength and conditioning coach, and nutritionist) in Dubai.

The World No. 8 player made that announcement on his YouTube channel on Monday that he’s no longer part of the badminton Denmark which trains in Copenhagen, Denmark.

Anders Antonsen announces his move from Denmark to Dubai:

Antonsen said with the new setup, he wanted to explore new ways of training, keep himself excited and try to get better at badminton. He also said he’s also open to training in other countries such as Malaysia, Thailand, India, Indonesia, or Singapore.

Here are 3 main reasons that attracted him to set up his training center in Dubai.

Weather:
Dubai has a lot of sunshine during winter time (in Denmark), and Antonsen said that really energized and motivated him. But he may train elsewhere during the summertime because the weather in Dubai is too warm.

Location:
“As a badminton player, you travel between both Asia and Europe, and Dubai is kind of in the middle of both places. To minimize the travel time, is ideal to live in Dubai,” said Antonsen.

“It’s also a good location to get sparring partners from both Asia and Europe,” added Antonsen.

Taxation:
There is currently no personal income tax in the United Arab Emirates. That is important to Antonsen as he would need to spend his own money to set up the training center.

“We have high taxes in Denmark, and we are proud of that because our society functioning very well such as free health care and getting money to study,” said Antonsen.

“However, is very important in my position right now to save some money from paying taxes, since I am not part of badminton Denmark anymore, I’ll need to find my own coach, physio, doctors, etc, that’s going to be expensive, for sure.”

“In the short term, my expenses will be through the roof.”

At the end of the video, Antonsen also clarified even though he would not join his compatriot Viktor Axelsen in Dubai. He might spar with Axelsen occasionally, but he would mostly train in his own training center. 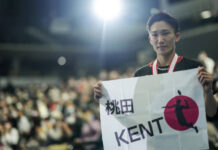 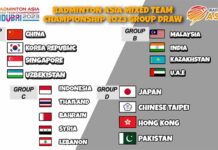 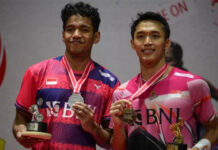 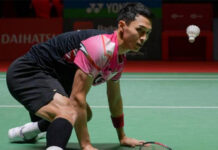 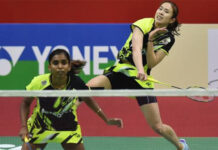 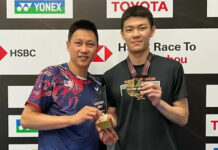 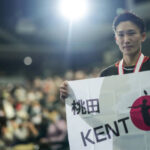 Kento Momota Falls Out Of The World’s Top 20 Rankings For The First Time... 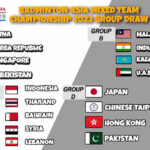 Badminton News Kevin Zhang - January 31, 2023
0
Kuala Lumpur: The 2023 Asia Mixed Team Championships draw was unveiled on Tuesday, and Malaysia was placed into Group B together with India, UAE,... 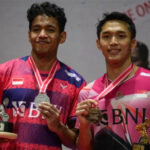